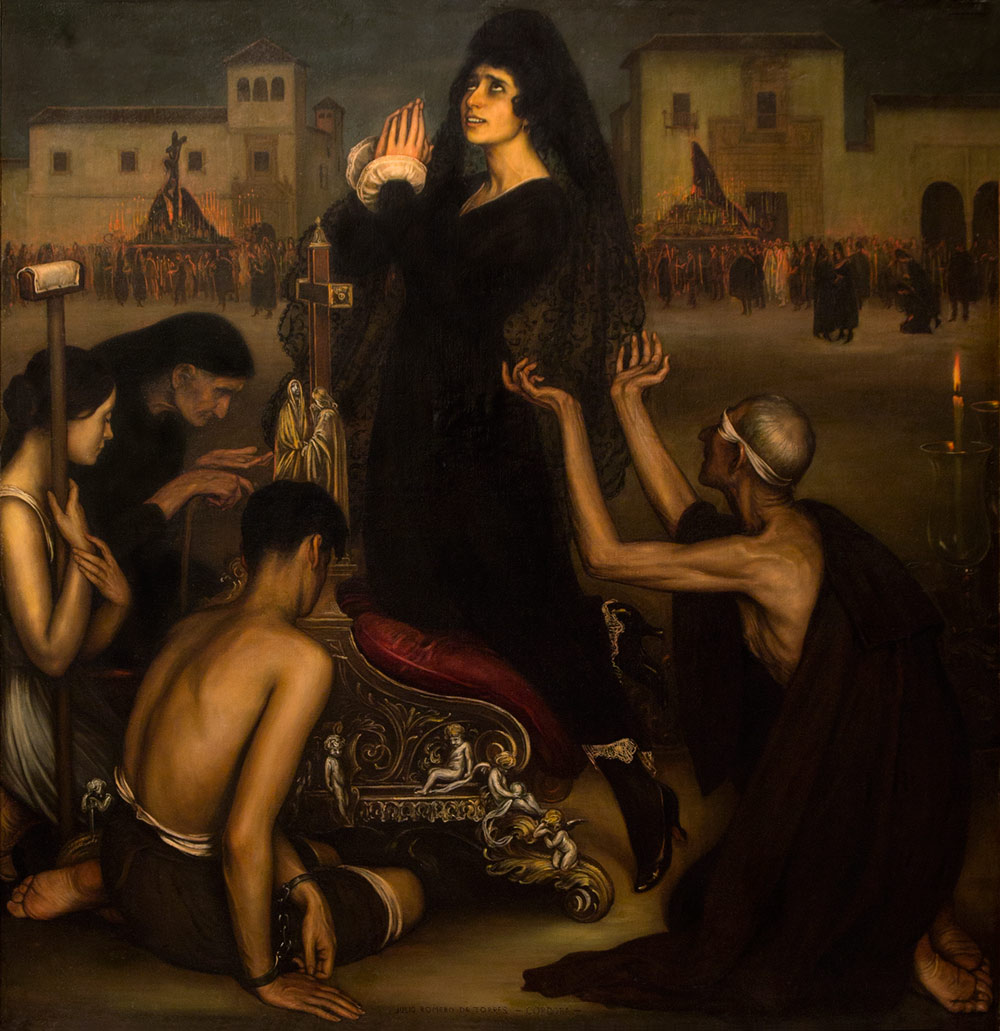 This artistic poem of Romero de Torres, The Saeta, manages to capture the expression of the Holy Week of Andalusia in the plenitude of its feeling and the depth of its tragedy. It is inspired by the text of the popular saeta of Cordoba Santo Cristo de Gracia.

Lord of Grace I ask you.

Cast your face behind.

To the blind, give them sight.

And to the prisoners, freedom!

Once again, the presence of the Baroque masters who so heavily influenced the artist’s training persists in the way of portraying this scene. He places Amalia Fernández Heredia, the dancer popularly known in Cordoba as Amalia the Gypsy, on the axis of the pyramidal composition. Dressed in black and wearing a mantilla, she raises her hands and face to heaven in prayer. She is kneeling on a luxurious kneeler with decorative motifs showing details of the work by Valdés Leal The Virgin of the Silversmiths which is finished off with a fragment of the canvas The Calvary by the Cordovan painter Antonio del Castillo.

The work was exhibited in 1919 at the Majestic Hall of Bilbao in a solo show devoted to the artist from Cordoba.

Mercedes Valverde Candil.
Director of the Municipal Museums of Cordoba.