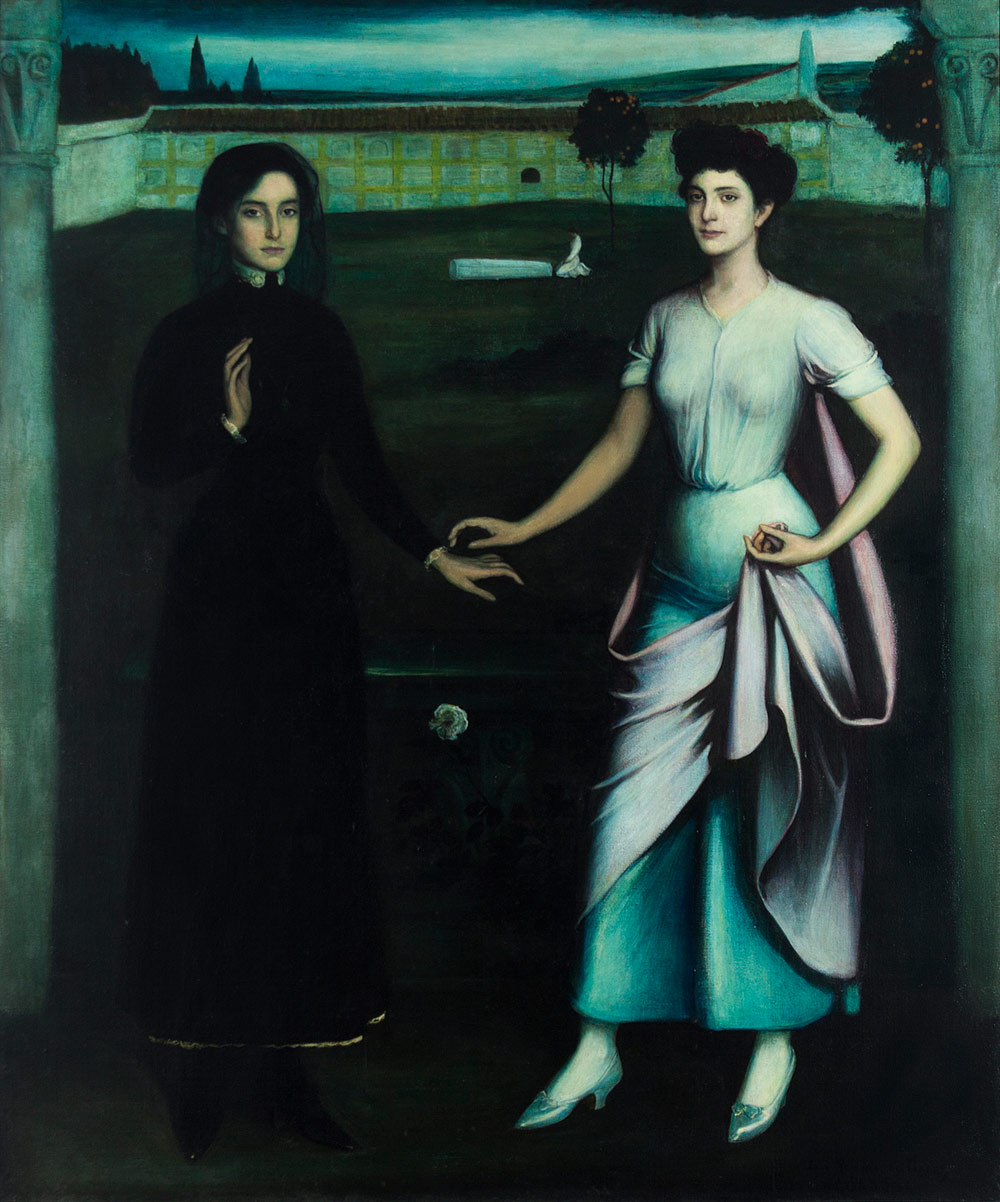 “…In this commendable painting Mystical and Profane Love, there are two female figures with a vague resemblance to each other, full of excitement and mystery, sort of like the perfume of two roses where one is diabolic and the other divine. The rose of fire and blood and the other of chastity and pain. And this similarity of such deep emotion seems to want to tell us the common origin of one love and the other and that the two who are going to join hands are two sisters. That tomb which appears in the distance between them tells us, in the crystalline and silent peace of the background, that oneself will be its end.

The painter made a triumphant work of the time, because he managed to make mute, motionless things more intense than life itself…”

The constant presence of Italian painters in the work of Julio Romero de Torres is once again evident in this painting particularly influenced by the canvas Sacred and Profane Love by the Renaissance master Tiziano.

This painting was presented at the National Exhibition of 1908 in which the artist was awarded the first medal for his painting Gypsy Muse.

Mercedes Valverde Candil. Director of the Municipal Museums of Cordoba.