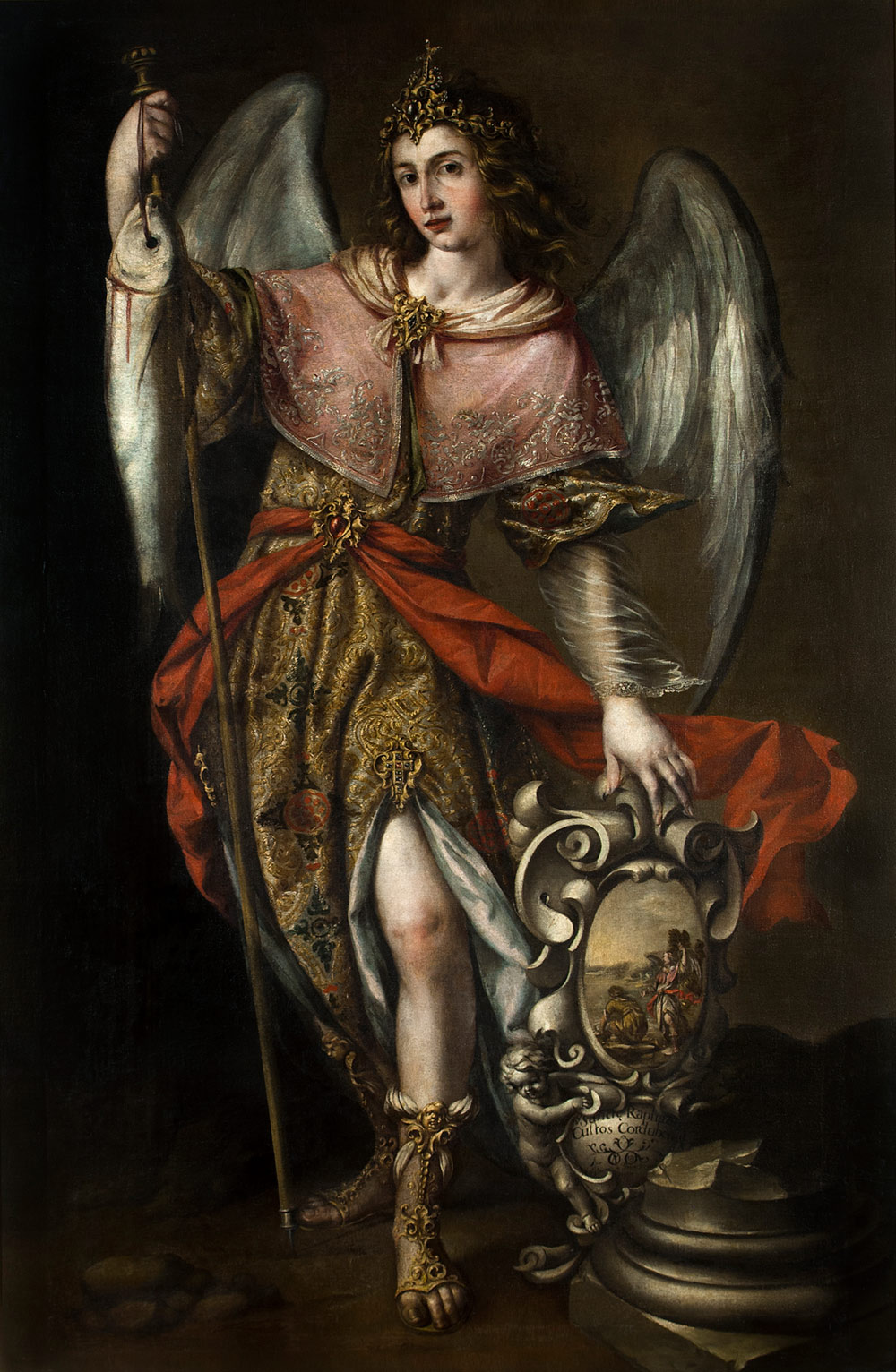 Saint Raphael the Archangel forms a pair with Saint Michael, which is also exhibited in this room, and has the peculiarity of being signed and dated by Valdés Leal, although the date was visibly altered during a restoration carried out in the early 20th century. Devotion to Saint Raphael the Archangel spread in Cordoba following the plague that ravaged the city beginning in 1649, since according to tradition he protected many people from the deadly plague. In portraying the model of the Archangel, Valdés Leal seems to have been inspired by an original drawing of Raphael, while freely changing the disposition of the body and the mobility of the arms and legs.

The expressiveness of the figure of the Archangel is emphasised with the agitated flutter of his robe and the explosive impetus of his outspread wings. His broad-featured face has soft delicate traits and his beauty is intensified by the effect of his blond hair pinned against his forehead with a rich golden diadem. His aristocratic clothing and even his footwear are adorned with elegant brooches that enhance the quality of his luxurious attire. By alternating aspects of physical and spiritual distinction, Valdés has thus created a visually appealing prototype body with an ambiguous and seductive beauty. The Archangel is carrying with him a large fish, alluding to the healing of Tobias’ blind father with its gall. In his right hand he is holding an intricately framed picture showing a painted version of the episode of Tobias and the Archangel removing the fish from the river.