Adoration of the Magi 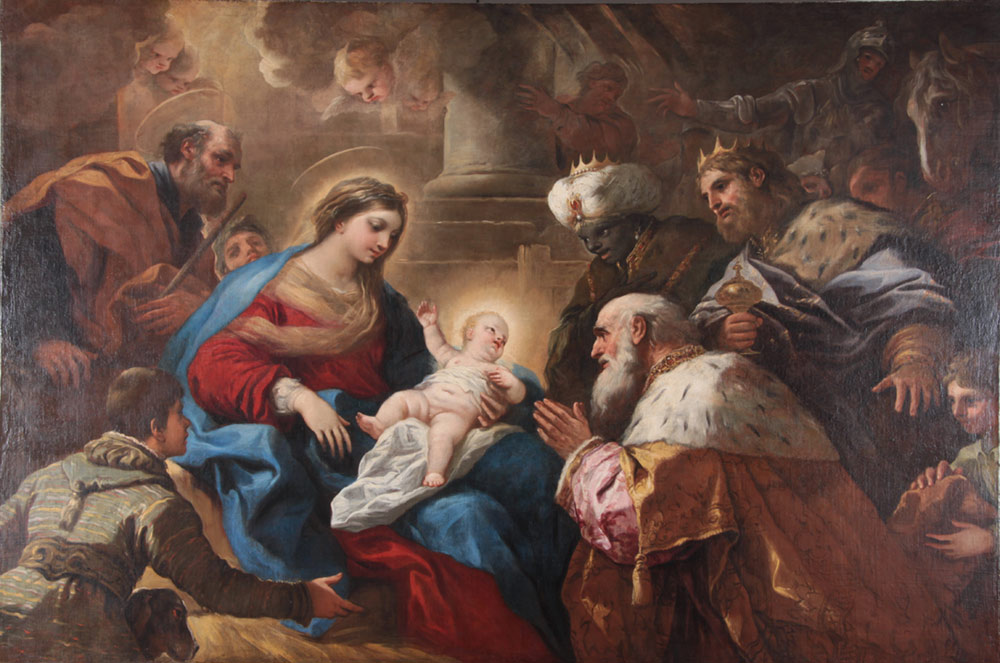 This magnificent painting from the Palacio de Viana collection is an autographic repetition by Jordán himself of an original with the same theme found in the so-called old church of the Monastery of San Lorenzo de El Escorial. The work was created in 1699 for the Spanish Crown and this replica or repetition in the Palacio de Viana collection would have been made on the same date or at any rate in the same year, in 1700. It is a work of very high quality in the production of this magnificent Italian artist who spent 10 years in Madrid between 1692 and 1702 working for the Spanish monarch Charles II, for whom he made magnificent fresco decorations in the Monastery of El Escorial itself.

This Adoration of the Magi shows a very well-organised composition which divides the scene into two halves, where the left is occupied by the grouped together, warm figures of the Holy Family whose balanced serenity contrasts with the restless emotiveness with which the Magi and their entourage present their gifts and pay homage to the Child who is being held in Mary’s lap.

The painting was recently worked on by the Palacio de Viana Restoration Workshop. It was possible to restore its colour by eliminating remnants of oxidized varnish, overpaint hiding the original colouring was removed and lost areas were reintegrated, allowing the painting to now appear in all its glory.